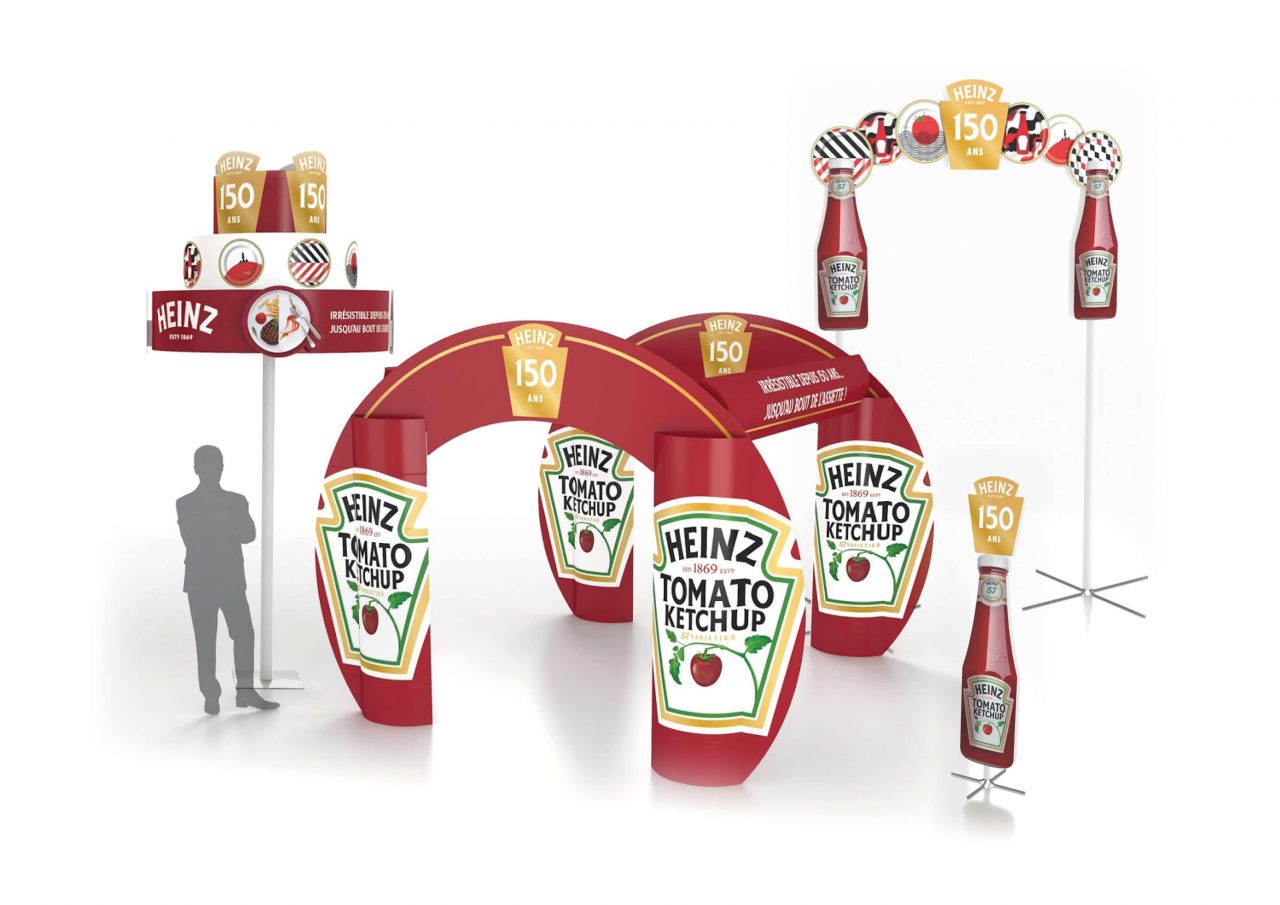 In order to celebrate the 150th anniversary of the iconic brand, Heinz and Marin’s did not play around at all, and worked hard on a special Heinz campaign! Indeed,
this major event called for a unique operation, highlighted through a tailored POS display! Let us take you back to an extraordinary anniversary.

150 years is something you need to celebrate properly. Especially during the summer break, which is a crucial moment for the sauce industry. In order to provide an in-store marketing support that lives up to the brand’s reputation, Heinz decided to work with us, trusting our reputation of customized POS display specialists. Therefore, what was the challenge for this campaign? « An impactful yet festive POS display, based on the theme Celebrating 150 years of clean plates, that combines in-store visibility and immersive shop-in-shop for our promotional boxes”, says Amélie Rochard, Junior Brand Manager at Heinz.

A display setup that lives up to to event

Challenge accepted, and challenge completed: from the graphic creation to the final production of the displays, Marin’s teams gathered all their expertise in order to create an unforgettable campaign. The result is the design of four different displays adapted to the different stores targeted. From the basic Floor Display to the extra-large Ring Shiva Curved, from the Carrousel to the twin-mast pediment, it is a total of 300 display that were created in order to animate the shop-in-shop campaign for Heinz. For this operation, more than 2 000 promotional boxes were set up in store, including 20 hypermarkets for the Ring Shiva Curved. What conclusions can we draw from this campaign? « Between the beginning of May and mid-August, sales increased by 10 percent, including 3 percent of promotional sales in comparison to the same period last year », says Amélie Rochard. In other terms: the operation is a success.