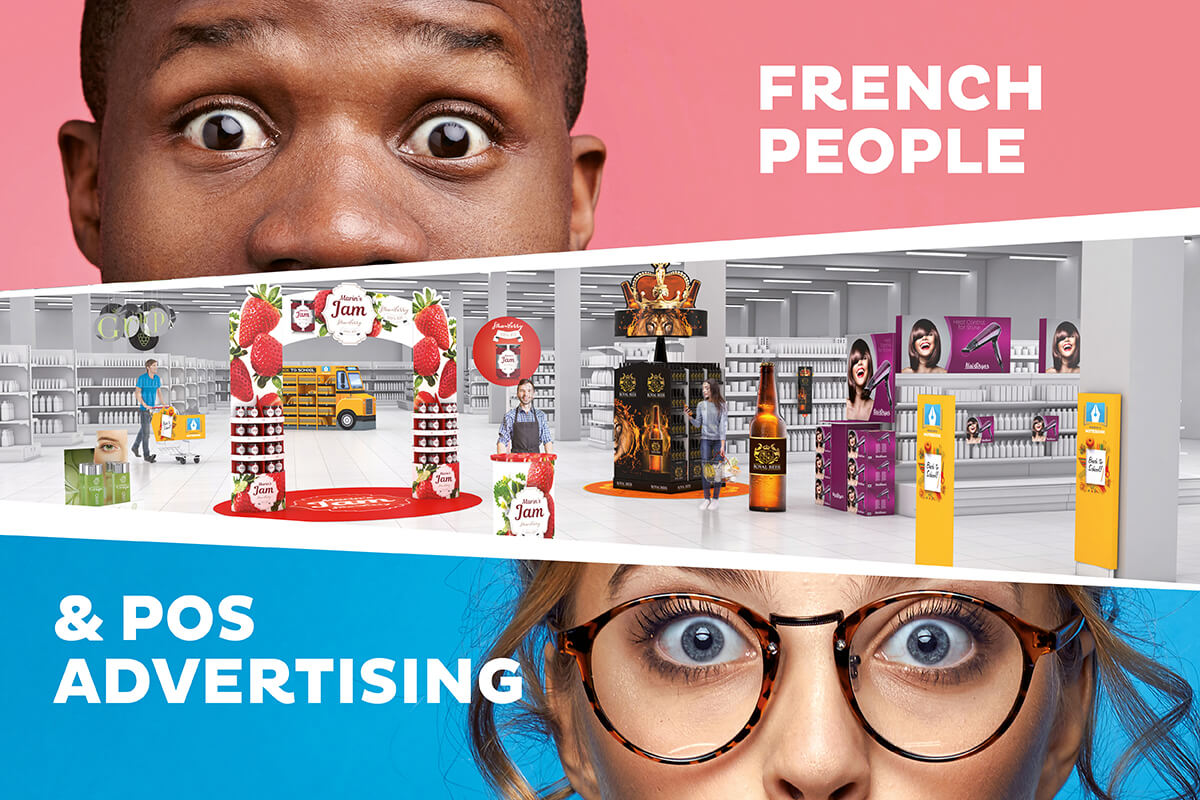 If people in France have a stormy relationship with advertising, it also depends on what kind of advertising! From taste to efficiency, from appreciation to encouragement, an Harris Interactive study unveils the relationship between consumers and point-of-sale promotion. Get ready for some revelations.

Physical advertising rather than digital

Surprisingly, digital advertising is not appreciated on the French market, which favours advertising on the point of sale. This could be the conclusion as to the preferences of the French on their favourite ads: 31% of respondents reveal that they appreciate the promotion at the point of sale, compared to only 7% for Internet advertising. This shows a significant preference for informative displays and kiosks, and not for intrusive banners and pop-ups. Between these two extremes, magazine advertising and TV advertising respectively received 25% and 24% of the votes, with a preference for those over 65 years of age for the printed version and 35-49 years of age for the video version.

How effective is point-of-sale promotion?

What type of advertising is the most effective way to encourage people to buy? Here again, point-of-sale advertising beats its competitors to the limit. In front of TV, magazine, press or Internet advertising, point-of-sale promotion is considered useful for 40% of respondents, and convincing for 36%. It is the one that most easily attracts attention, the least intrusive and, above all, the one that most encourages people to buy according to 38% of respondents, much more than the 21% for TV advertising. And incidentally, the least annoying with only 6% of unfavourable opinions, very far from the Internet advertising that bristles 51% of respondents. As for the concrete impact of advertising at the point of sale, 54% appreciate it, 58% consider that it informs them effectively, 43% that it promotes the act of buying. All this, with ever higher scores among those under 35.

What type of POS support should be used?

The conclusion will surprise some, but digital is no more effective than paper when it comes to point-of-sale (POS) promotion. Among the POS systems that provide the greatest incentive to buy, 68% of respondents favoured displays of products intended for sale and 60% preferred testers. Just behind, posters received 52% of the vote, in-store flyers 49% and video animations 47%. As for digital? Not more than 36% for devices with displays, only 32% for smartphone supports!

What type of promotion should be advertised at the point of sale?

You have the support, all you have to do is choose the right content for a powerful point-of-sale ad… and not surprisingly, this time, promotions are the favourite action for 81% of shoppers. Just behind, the distribution of free samples enchants 77% of consumers, while 76% of them like to see their loyalty rewarded. Good news, 72% of respondents are satisfied with product information, ahead of brand information. As for product tests and tasting events, they attracted 67% and 63% of respondents respectively.

Advertisers needs to react, 63% of French people feel closer to a brand that promotes at its point of sale. And if price remains the first loyalty lever, promotions, advice, clarity of the offer and product information follow closely, so many actions easily boosted by a good POS advertising!